Home of the Terminator Tonearm

UPDATE DECEMBER 2018
Have been working hard with Andrey  to get production restarted in Russia.  New batch ready for release, pictures below.
Please email him on [email protected]
Website ".....a tonearm that is only accurately aligned at 2 points across a record is about as good as a stopped clock that shows the correct time twice a day......." Clive Meakins, referring to a conventional pivot arm. The original Ladegaard inspired Evolution tonearm has undergone a revolution: its been turned upside-down, & transformed into The Terminator!

Turning the original design on its head has improved the design in a number of ways: 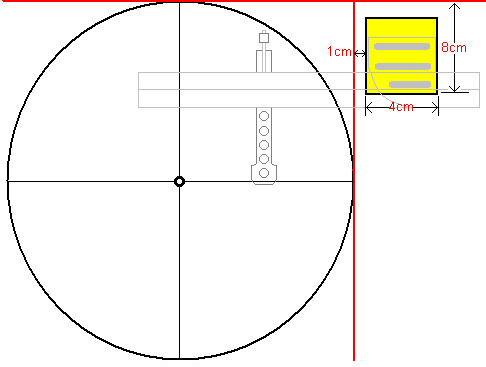 Note: If the hole does not fall within the yellow marked area, an adaptor plate can be supplied.

The single point slot fixing, as distinguished  by the large delrin washer on the front face, allows the Terminator to move up & down as well as tilt. Simple accessible thumbscrew adjustments for VTA & level make setting up for different cartridges a breeze! However, the BIGGEST single advantage of this new design is the tonearm can be suspended OVER the platter. This results in a short wand with an effective length of only 3" or less. Keeping the wand short reduces resonances within the arm which typically colours the music. It is probably one of the major influences contributing to the overall sound of a tonearm. Manufacturers of conventional pivoted arms go to great lengths to try to eliminate resonances. They have a hard job!

Together with a lightweight slider, Terminator has the lowest lateral inertia of ANY airbearing tonearm on the market weighing in at just over 80g including the saddle, counterweight & cartridge, allowing safe tracking of the fussiest high compliant cartridge.

Because Terminator splits the Horizontal & Vertical components using 2 different bearings, air for the horizontal movement, & a mechanical Twin Point Pivot bearing for the vertical, the relative inertias are independently variable simply by adding weight to the slider (horizontal) or wand (vertical). 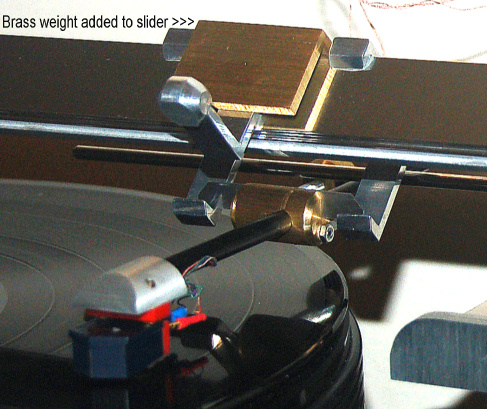 To satisfy the technogeeks, a word on cartridge compliance:

Using pivoted arm criteria to measure an air bearing in a parallel tracker is about as useful as road test data for cars being used for hovercraft. So, the below is an attempt at an explanation:

Vertical inertia must be as low as possible, & the horizontal is already high as per Ladegaards recommendations. To a certain extent, the air pressure being used can influence all of the above.

If you study my online manual, you will see there is a section on increasing inertia by simple adding weight to the slider..

However, its really not worth getting bogged down in this technicality....all cartridges seem to work well with the Tomahawk wands. I have found this to be true of low & high compliance cartridges. Any problems affecting the performance of a given cartridge are mainly due to setup error.

Experiments with damping have shown it is detrimental to Terminators performance & really not necessary.

Note: in the event of a power failure, have no fear! Because the vertical component is mechanical,  the stylus will still be able to skip over grooves & will not run the risk of being damaged! 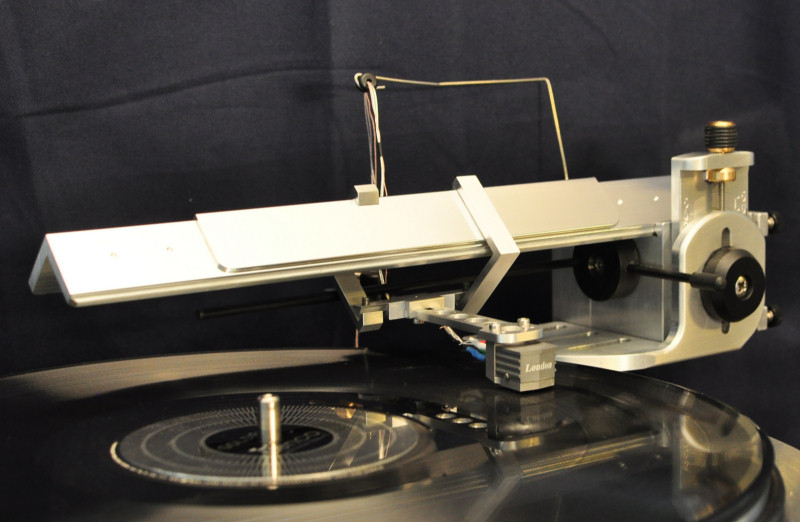